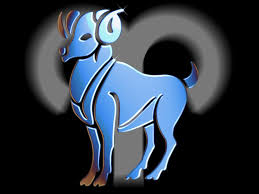 Characteristics: Ariens have a “me first” orientation in life. But theirs isn’t in the Leo-like way of showmanship or needing to be the center of attention; no, the Arien version is more akin to “Hold my beer!”

Ariens may not get everything that they try right, but they will get the energy started with gusto. These head-centered mavericks have zero fucks to give about the small stuff. It’s not that they don’t care – they absolutely do – they care to the extent that makes sense, that is efficient, and that has moral integrity.

After that, they’ve moved on and you’re on your own.

Their tempers are legendary. Ever heard of Mars, the Roman god of war (Ares is the Greek counterpart)? He was Bad Ass #1, always ready for a fight, had a taste for blood, and a lust for winning.

As the first sign of the zodiac, a fighting spirit is what it takes to transform from the immaterial back into form – that first sprout of green through the snow. While wanting to be first is natural for them, patience is a virtue many Ariens may not ever acquire. In more childish moments their temper tantrums can be spectacular, but give them a little time to cool off and they’ll come back around.

Ariens are thinkers and writers who can cut as easily with a pen as with a sword, and they have a fiery and passionate nature. They require a physical outlet or they will begin to deteriorate. They can be engaged with sports but these natural loners probably prefer independent explorations such as climbing, hiking, wind gliding, power yoga, or especially martial arts. On the less physical side they like puzzles, brain games, or planning the next revolution to satisfy their high idealism (as long as there’ll be some fighting involved).

Ariens who’ve found religion can be among the most zealous. Do not waste their time with small talk or frivolity or the next image you’ll see is their dust as they exit post haste – on to their next adventure. An Aries without a new challenge to meet can get very frustrated, easily irritated, and testy.

They will stick with only whatever or whomever they truly love. To be in a relationship with Ariens you’ll have to learn not to take too much too personally; it is definitely not about you. Ariens need their space but that doesn’t mean they aren’t there for you when you need them.

They’re likely the ones who’ll fight the hardest for you.