Blowin in the Wind/Element Air

“Blowin in the Wind” was written and released by Bob Dylan in the early sixties when he was about 20/21 years of age. Who of us born and raised in the US between the mid 1950s and 1980 didn’t grow up with this song at least in the background of our childhood? It’s a spiritual anthem that can be considered to address a plethora of human issues and events. The song’s simplicity and ambiguity has frustrated some, but also inspired millions. I took the following three sentences directly from Wikipedia (http://en.wikipedia.org/wiki/Blowin’_in_the_Wind) because I think they are just right:

“Writer Tony Attwood, writing on the Untold Dylan website, comments that the meaning of the song is simplicity itself: ‘the world is out there and everything is there to be seen for those who wish to look. Science and humanity linked as one eternity. It is,’ he concludes, ‘a simple Zen statement.’”

And that’s the energy of the element of Air in it’s most basic form: science and humanity linked as one eternity. The element of Air strives to increase our knowledge as a race of humans, and distribute it in ways that improve and evolve us, to take our seed knowledge and distribute it to places it will be able to germinate and grow and ultimately transform our world for the better.

And oh – Dylan was born a Gemini – an Air sign. 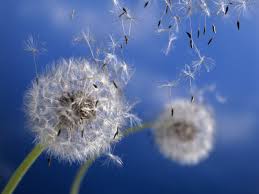 The element of Air represents the energy of communication in any form, be it writing, speaking, playing music, singing, developing technology, etc. Air is also associated with various mediums such as radio, tv, and computers. Air is a masculine element, https://buycbdproducts.com it is initiating and often takes action rather than waiting for change to come to it first. In Tarot, Air is represented by Swords (Spades in a regular deck of cards). http://www.biddytarot.com/tarot-card-meanings/minor-arcana/suit-of-swords/

Air signs are typically prone towards change and weave their lives around communication with others. Communication is the foundation from which Air energy works as it seeks to interact with, understand, and improve both itself and others, whether that entails constant distraction as a way of learning, turning a critical eye upon matters, or searching for utilitarian and humanitarian cures to aid in the world’s progress.

Astrologically, Air takes the form of:

Libra (ruled by Venus, cardinal quality): critical eye of others yet indecisive regarding oneself; seeks harmony in life, among both people and environments; drawn to the elements in life – art, music, literature – that make living more beautiful; social butterfly; appearance-conscious and fashionable