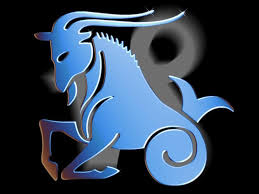 Characteristics: Who’s the boss, you ask? The CEO, the one running things? The Capricorn in the room would be a good bet.

They know how things should work, and often are the ones establishing the structures within which others are able to work – starting the companies, defining how programs are run, or making sure people around them stay within the boundaries of operational standards.

Capricorns are Saturn-ruled, and Saturn (Cronus, in Greece) was the titan who fathered many of the Greek gods – aka, the original Big Daddy. The problem Saturn ran into was that he wanted too much control, and swallowed his children as babies to contain them to prevent a prophecy from coming true that one day his offspring would overthrow him (as he had his father, Uranus).

But his son, Jupiter (Zeus), was hidden from him after being born and eventually grew up to free his siblings and imprison Cronus, and then went on to take over the role of being in charge and fathering many more gods.

Some possible lessons in this for Capricorns are both of karma – do only unto others what you would have done to you – and learning to structure without suffocating, i.e., it’s one thing to set some boundaries but another thing entirely to restrict people from being who they are. Energy has a way of popping up no matter how hard you try to suppress it, so learn to manage it justly rather than control it with a heavy-hand.

Capricorns may also find themselves at odds with their fathers or father figures in their life, possibly because they find their fathers lacking the structure they would respect.

As much as they love having authority, Capricorns really don’t like anyone else having it over them.

Capricorns are known for their dry wit and ability to succinctly sum up any situation. They are often highly creative with ideas, many of which seem to have a touch of magic or prescience about them, and they are very observant.

Because it’s so easy and natural for Capricorns to think using logic and rationality, their challenge is to remember to respect what their hearts tell them, too. Whatever your heart wants is just as valuable as what “makes sense”; they go together more often than not if you’re truly listening.