The other eight planets in our solar system – Mercury, Venus, Mars, Jupiter, Saturn, Uranus, Neptune, and Pluto (still a planet to me! it’ll be back) – plus the Moon, Sun, and the asteroid Chiron all play parts in an astrological chart. They each bring something unique to the party that contributes to the dance of energy as a whole.

Throughout human history, the ancients knew how to read the planets and stars and they used the wisdom they were offered to live in harmony with Earth. As unavoidable cataclysmic events have defined various epochs (ice ages, volcanic disruptions so vast and widespread that the atmosphere was black with ash for periods of over two years at a time, asteroid impacts, world-scale floods, etc.) people seemed to somehow survive, pick up the pieces, and evolve.

I believe a hugely contributing factor to our current lack of connection with Nature and the Earth is a result of this ancient wisdom cast aside, neglected as archaic and having no function or truth. The beauty and hidden meanings in oral traditions became disregarded as mere stories. The power of symbolism became lost  in favor of the one-sided Age of Reason, which wanted only the tangible and to control. How silly though (just ask Einstein) to think only the seen exists or that acceptance and surrender to some things aren’t as meaningful, necessary, and powerful.

Despite the technological advances we enjoy (do you ♥ your iPhone?) we have taken a major step back as a species when it comes to understanding and connecting with how life really works. 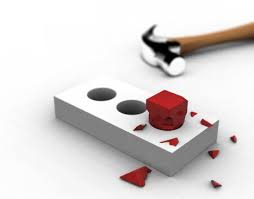 It continually floors me when someone who HAS NEVER STUDIED ASTROLOGY IN THEIR LIFE can with a straight face say that it is bullshit. Um, what? Based on your extensive knowledge, research, and experience? This is the opposite of having a scientific mind; it’s just simple ignorance. It’s also why when I have a session with a client I ask them to let me tell them what I see in their chart before they tell me anything about themselves…so they can see for themselves.

The following includes a few excerpts from Graham Hancock’s book Fingerprints of the Gods.

The author is not an astrologer and the book is not an astrology book; it’s mostly on precession of the equinoxes – how the tilt (or wobble) of Earth affects the onset of cataclysmic events in a possibly predictive way. BUT, he did have this to say (again, he’s not advocating astrology, he’s stating facts – which just happen to support it):

“The sun’s gravitational domain, in the inner circles of which the earth is held captive, is now known to extend more than fifteen trillion miles into space, almost halfway to the nearest star. Its pull upon our planet is therefore immense. Also affecting us is the gravity of the other planets with which we share the solar system. Each of these exerts an attraction which tends to draw the earth out of its regular orbit around the sun. The planets are of different sizes, however, and revolve around the sun at different speeds. The combined gravitational influence they are able to exert thus changes over time in complex but predictable ways, and the orbit changes its shape constantly in response.

…There are other forms of planetary influence, too. Thus, though no explanation has yet been forthcoming it is known that shortwave radio frequencies are disturbed when Jupiter, Saturn, and Mars lineup. And in this connection evidence has also emerged ‘of a strange and unexpected correlation between the positions of Jupiter, Saturn, and Mars, in their orbits around the sun, and violent electrical disturbances in the earth’s upper atmosphere. This would seem to indicate that the planets and the sun share in a cosmic-electrical balance mechanism that extends a billion miles from the center of our solar system. Such an electrical balance is not accounted for in current astrophysical theories.’ The New York Times, from which the above report is taken, does not attempt to clarify matters further.

…it cannot be denied that multiple influences, many of which we do not fully understand, appear to be at work within our solar system. Among thees influences, that of our own satellite, the moon, is particularly strong. Earthquakes, for example, occur more often when the moon is full or when the earth is between the sun and the moon; when the moon is new or between the sun and the earth; when the moon crosses the meridian of the affected locality; and when the moon is closest to the earth on its orbit. Indeed, when the moon reaches this latter point (technically referred to as its ‘perigree’), its gravitational attraction increases by about six per cent. This happens once every twenty-seven and one-third days. The tidal pull that it exerts on these occasions affects not only the great movements of our oceans but those of the reservoirs of hot magma penned within the earth’s thin crust (which has been described as resembling ‘a paper bag filled with honey or molasses swinging along at a rate of more than 1,000 miles an hour in equatorial rotation, and more than 66,000 miles an hour in orbit’).” pgs 229 and 231

But you know, it’s highly unlikely we humans who are made up of mostly water and electrical currents and electric impulses could possibly be affected by changing gravitational fields, significant disruptions in electromagnetic fields, or the pull from our planet’s satellite that is strong enough to control the oceans’ tides, the Earth’s water tables, and the flow of underground magma. Surely we’re above all that.

So here they are:

The Sun’s energy represents our ego, our will, our sense of self and basic personality. It is our initial, driving force of energy throughout life. It’s also the easiest position to know because it’s simply based on the date of your birth (i.e., if you were born September 3, you’re a Virgo). But knowing your Sun sign is one little piece of the puzzle, so if you have always felt it didn’t fit, it is likely because you have overriding energy concentrated elsewhere in your chart. The Sun is the ruling planet of the sign of Leo. 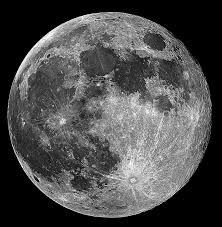 In a chart, the Moon represents how you see your mother and your relationship with her, cyclical fluctuations in your life, your emotions, your intuition, your inner child, the past, your sense of security and safety, and your inner psychological consciousness. It’s kind of a big deal. The Moon rules the sign of Cancer. 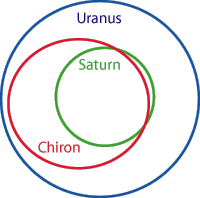 Chiron is an asteroid that represents the “wounded healer” in each of us – how we’ve been hurt and how that in turn enables us to heal others. Often these wounds are spiritual in nature and linked to our sense of self-worth and adequacy. Chiron was a centaur and is considered the symbol of the sign of Sagittarius.

Mercury, or Hermes, is the messenger of the gods and governs all exchanges of information and communication, whether through speaking, writing, technology, music, or – at it’s highest resonance – telepathy. He also governs short-distance traveling, marketplace transactions, curiosity, and intellect. He is notoriously a trickster and master of disguise, and when unbalanced can lead to worry, excessive talking, or complete shutdown verbally . In your chart, he shows how you communicate. Mercury is the ruling planet of the signs of Gemini and Virgo.

Venus is beauty, love, and sensual enjoyment. She is here to love and be loved, and feel good throughout it all. She wants harmony and balance, and has a high level of appreciation for the arts. She is romantic, coy, and tactile. Venus is the ruling planet of the signs of Taurus and Libra.

Mars gets things going, he’s the initiator, the fire starter, the warrior. He’s impatient and forthright, efficient and ardent. He is why we survive. The placement of Mars in your chart shows where the action is in your life and how you handle your anger, your sex drive, and frustrations. Mars is the ruling planet of the sign of Aries (before Pluto was discovered, Mars also ruled Scorpio). 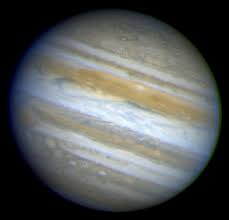 Jupiter brings luck, bountifulness, justice, expansion, higher education, and religion into our lives. He loves people and having a good time, and when well-aspected he also broadens our horizons spiritually, intellectually, and physically. He represents considerable energy and growth. Jupiter is the ruling planet of the sign of Sagittarius.

Saturn sets limits and parameters for our safety and protection. He’s the rule-maker and authority figure, representing our fathers or father-figures, as well as how we behave in the world. Saturn shows what we take seriously, which career path we might take, and where our boundaries are. He is the point of sobriety in our charts and can reveal where we have the tendency to become too rigid in life or where we experience setbacks. Saturn is the ruling planet of the sign of Capricorn.

Uranus is the innovator, the disruptor, the quirk factor, and the element of unpredictability in our lives. His presence in our charts shows where things in our journeys rarely go smoothly or as expected. He brings opportunity for insight, psychic epiphany, inventions, and above all – change. Uranus is the ruling planet for the sign of Aquarius.

Neptune is our connection to other dimensions, our doorway between the mundane, tangible world we see around us and all the other ones most of us don’t. It seems natural then that Neptune indicates our susceptibility to all mind or body-altering substances – drugs (prescribed and recreational), alcohol, and sensitivities or allergies to anything environmental. Neptune shows some of our psychic abilities, our abilities to blend with what’s around us, where we risk losing our individuality, and how much of the martyr role we play. It’s connected to our karmic debts and wounds. Neptune is the ruling planet for the sign of Pisces.

Pluto is power, change, death, resurrection, and sex. He points out where in life we’re the most intense. He shows us where in life we experience the most psychological trauma, deep change, and transformation. Pluto wants to get to the bottom of things and stops at nothing in his pursuit if unchecked. He tells us to claim our power. Pluto is the ruling planet for the sign of Scorpio.

Here’s a little perspective on their relative sizes…

Think about that next time someone cuts you off in traffic!

If you want to learn more, try: