Why I Chose Astrology…or Why it Chose Me

Ever since I was a little kid, I always felt birthdays meant something. It was an intuitive thing, really. I was constantly asking people when their birthdays were before I had a clue the signs of the zodiac even existed. As in, the first time I’d meet someone, within a few minutes of conversation I’d be all “So when’s your birthday?” out of the blue.

I just needed to know.

More than cake and ice cream, presents, and friends, birthdays were the celebration of a person, and though I didn’t fully grasp why when I was eight, I just knew that was pretty important. My own birthday was, of course, right up there with Christmas on the excitement scale. 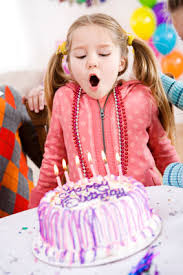 I was raised in a family that (like most American families) had absolutely no dialogue or language around astrology – or much else. We stuck to the everyday facts like “what’s for dinner?”, “did you do your homework?”, “stop fighting with your brother”, and “be home at dark”. Beyond those and weekly visits to church that could be tortuously boring, we were on our own philosophically.

Starting at about seven years old, for a good chunk of growing up I went full force into Southern Baptism, which was my parents choice of religion for us from when I was about six years old through high school. Before that we’d mostly been overseas while my dad was active Air Force and I don’t remember any church as part of life.

My brother rejected theology entirely, choosing to be atheist at a young age over believing a bunch of stuff he felt had zero relevancy in his life. But not me – no, not the ideologically-driven Aries – I took the spirituality I had always naturally felt and tried to shove it into the tiny box of religion. I read the Bible cover to cover in sixth grade and became a wiz at trivia in Sunday school.

So for a while I thought that worked, even though I always had the nagging feeling I was actively deluding myself.

Christianity taught me that spirituality was bad. I was told there was one version of God and any route of connection with Him other than those ok’ed by the church were evil unless you were an already approved prophet from a long time ago and now dead. So that ruled out all the things that fascinated me: Tarot, astrology, runes, clairvoyance, clairaudience, psychometry, precognition, reincarnation, or any other form of intuition – basically any way of having a connection with the divine that was predominantly feminine, because we women were trouble.

Just kidding. Hallelujah that she took that bite.

I had no clue way back then when I was struggling to mesh what I was told with what I felt that all of those things were part of human history and, more poignantly, the Bible. “God” (or whatever word you want to put around the spirit we’re all part of) talks to us in all sorts of ways.

The point of this post is to give an explanation for why I chose astrology as a means to communicate spiritually. Notice I said “communicate spiritually” and not “tell the future”. There’s a massive miscommunication about what astrology is and isn’t. It is a language that connects energy between the divine, earth, and humans. It isn’t a crystal ball or all about prediction; it does so much more than that.

When I finally did start studying the signs and other forms of spirituality, it was exactly like finding home within myself. I was picking up a book I’d laid down in a previous lifetime or incarnation and started reading again from where I had left off. My intuition led me to my passion, and keeps guiding me as I continue to learn more every day.

Astrology and spirituality just come naturally and always have. Once I got over caring that what I felt and what I was told weren’t the same, I went with what I feel.

And I am so grateful that I did.

We live in a universe wholly incomprehensible to our tiny human minds, but not to our hearts. Our hearts understand things long before our heads and will lead us down the paths we’re meant to trod if we have a little more faith and trust. Cognitive dissonance is a red flag that we’re probably not seeing the bigger picture. There is always more out there, and in here.

Will that always be easy? Nope.

Will I always listen to my intuition? I hope so.

Will that always be the right choice? Yep.

Because it couldn’t be any other way for me.